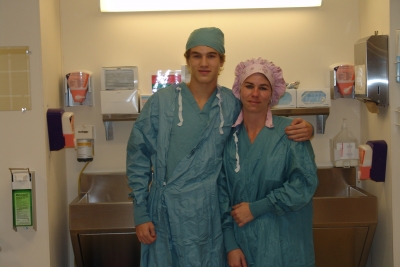 Grade nine students in the province of Ontario participated in Take a Kid to Work day on November 7, 2012.  At St. Charles College, over one hundred students were on site at job locations around the city.  A number of students took on positions in healthcare, education as well as the retail and industrial sectors.

It’s a once in a lifetime opportunity for grade nine students to learn about a career opportunity that interests them and  illustrates the importance of education, skills development and training.

The day is organized by “The Learning Partnership”, a non-for-profit organization. 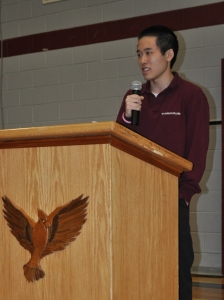 A special pre-screening of a bullying documentary took place today at St. Charles College on November 21, 2012 for one thousand students.

The movie Bully was featured at Cinefest in September. It is not being released in American theatres until May 30th, 2013.

Teachers involved in student council and the school leadership class contacted the film company about showcasing the film to the student body before its release to the public and they agreed.

The director of the film, Lee Hirsch was bullied as a child and follows the stories of two families dealing with the deaths of their children who were victims of bullying and took their own lives.

Students at St. Charles College also heard a first hand account from a senior student who was a victim of ethnic bullying in the past.

Justin Trac bravely shared his story of bullying and urged others to stand-up for what is right and just to make other people’s high school experiences that much better.

He said the powerful question that he used when he finally stood up this bully: “I know I am a small person, but why do you need to make me feel smaller?”

Each student in the audience also received a wristband with the slogan “delete” the drama. 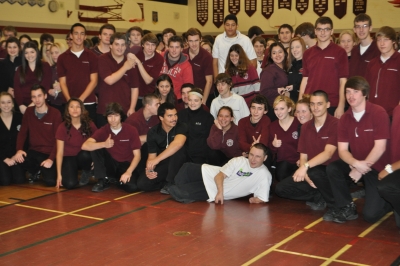 Close to one thousand students were touched by the life story of Shayne Smith at St. Charles College this week.

Smith is a member of the Canadian National Wheelchair Basketball team.  He competes with only half a hand for dribbling and passing the ball.

Shayne contracted a dangerous and deadly form of meningitis at four months of age.  The blood poisoning forced doctors to amputate both his legs and a hand.

To make matters worse, Shayne also had to deal with a rough relationship with his father that led him down a path of drugs, and school suspensions.

His determination has allowed him to triumph and he brought his inspiring message to the students. The story tied in nicely with the school’s anti-bullying message. This month, St. Charles students are active in presentations and activities centred around Bullying Awareness and Prevention month.

Students were very receptive of the presentation and many wanted to take pictures or to exchange words personally with Shayne afterwards.

Students continued the conversation by tweeting and sending Facebook messages to Shayne.

Shayne lives in Toronto but his presentation was provided by an organization called the Tutor Doctor.

St. Charles College will be hosting their Stepping into Grade 9.
This is an information session for parents and students focussed on the transition from elementary to secondary school.
Topics will include:
Course selection and pathways, graduation requirements and electives, academic services, resource and student success, athletics, extra-curricular and community.