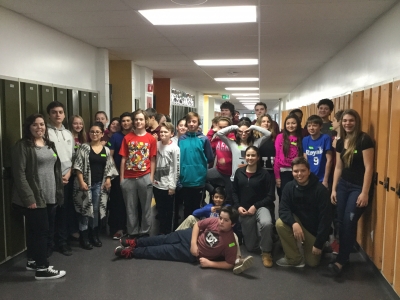 This week at St. Charles College, the high school students presented an idea to the grade 8 students. The concept was “otherness” and the goal was to discuss differences in each other and show greater acceptance of others.

It was also a great bridging activity allowing for the grade 8 students to interact with their high-school peers.

The students are writing the letters in an effort to show veterans why there are valued. The unit ties in nicely to the Remembrance Day theme.

Bock says in the past, her students have written troops in combat but she thought it would be an interesting twist to write veterans who have served in the past.

Once completed and assessed, the letters will be mailed out to veterans listed on the Veteran Affairs website through a campaign called “Postcards for Peace.” 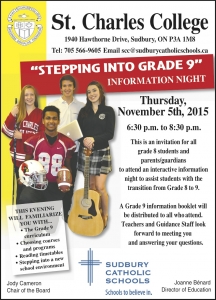