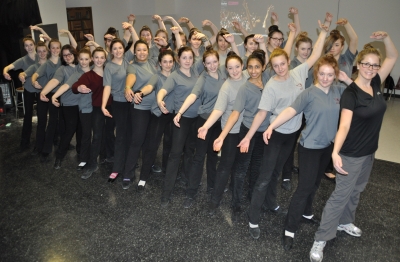 Dance students at St. Charles College took part in a live link with the national ballet’s YOU Dance program.  YOU stands for Youth Outreach Understanding Dance and is geared towards building an  understanding and passion for dance in today’s youth.

Close to thirty of the school’s dance students took in the performance making it the only school with Sudbury Catholic taking part.

Patricia Demore who teaches the grades 9 and 10 dance class says, “through the use of technology, this opportunity gives students a chance to connect with professionals, experience live performance and learn about the behind the scenes work that goes into such elaborate performances.”

The Live Links are free and there are still two dates available in May for schools who want to sign-up.  Schools can visit national.ballet.ca for more details. 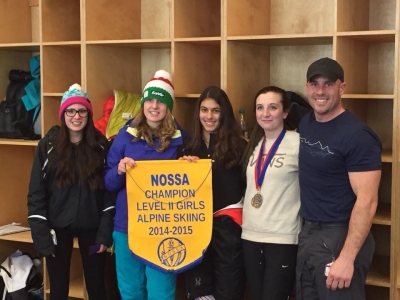 The NOSSA high school alpine ski championships were held this week at Adanac Ski Hill.  Lockerby is always favoured to win – but the Cards upset the ski community with a strong showing that allowed them to clinch the level two girls’ title.

Level two means the skiers have raced at some time in the past.

Grade twelve Stephanie Martin racked up the most points for the team with a first place overall for girls’ skiing.

Three of the Cards girls’ placed in the top five – which secured the overall title win.

The girls’ will now compete at OFSAA later this month at Blue Mountain in Collingwood.

Coach Gregg Kolodinski says “the girls’ were very modest and showed a lot of class this week which will prepare them for what’s to come in Collingwood.  It’s nice to cheer for the underdog and see them sweep the podium.” 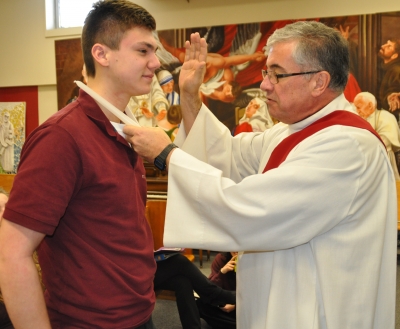 Blaise was a bishop and is the patron saint of wild animals and those with throat maladies.

Deacon Steve Callaghan also visited the vocals music class to bless the throats of those who have share their gift of singing.