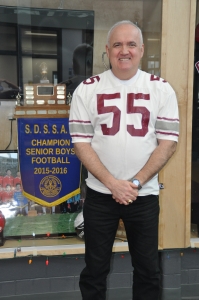 St. Charles College teacher Mike Fabiilli has one more reason to celebrate this year. In addition to winning a Senior Boys’ City Football Championship this past fall, he is also going to be inducted into the University of Ottawa Football Hall of Fame April 30th in Ottawa.

In 1982 he went to the University of Ottawa to play for the Gee Gees. As a freshman linebacker he won the Peter Gorman Trophy for outstanding CIS freshman football player in Canada. He was a conference all-star linebacker for two seasons.

After graduation, Fabiilli returned to Sudbury to start his teaching career at St. Charles College. He has been a math teacher and football coach at SCC for the past twenty-nine years. He has helped guide the Cards to ten City Championships in football.

Fabiilli has also served as a Defensive Co-ordinator for the Sudbury Spartans for eight seasons and the Sudbury Gladiators for five. He also co-founded the Joe MacDonald Youth Football League in Sudbury.

Mike continues to coach with passion and conviction and imparts in his players a love for the game and all of life’s lessons that can be gained from playing it. 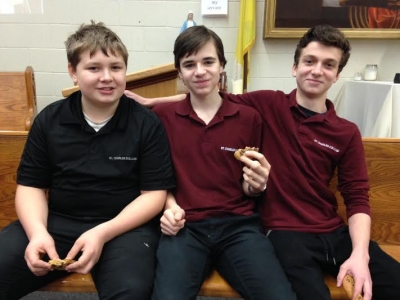 Deacon Steve Callaghan says it is a fitting Saint for students at SCC to celebrate him because he believed in serving the Lord to be one as a Christian community and this is the week of Christian unity. It is also timely because SCC does serve and give back through their Christmas campaign, Chalice collection and the canned food drive just to name a few of the initiatives.

Teacher Carlo Pastre who helps organize the saint days says “Saint Anthony lead a solemn lifestyle by himself and prayed about praising God.
His call was to serve the Lord by retreating.”

The monthly Saint celebrations at SCC offer students a service complete with communion, as well as treats for the students afterwards. 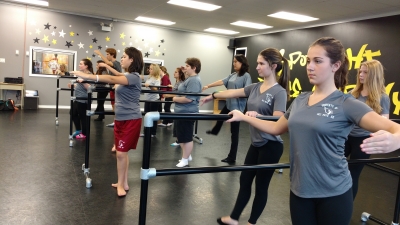 The St. Charles College Dance Class paired up with local dance company, Spotlight Dance Company to work on toning and conditioning with the dancers this semester. The students had monthly excursions to Spotlight Dance Companyto work on different genres of dance studied in class, teaming up with their talented instructors. S.C.C Dance teacher, Patricia Demore says “the dancers developed leadership, dedication and time management skills through their monthly visits. The dancers had another successful semester and are looking forward to the new year. The dance focus class is offered yearly at St. Charles College.  Students can take the class to earn their mandatory physical education credit.