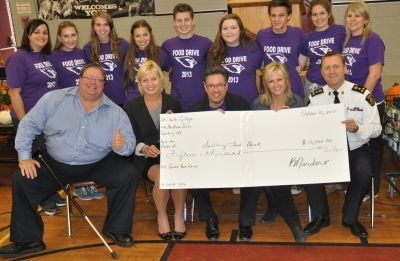 Once again, the food drive at St. Charles College was a smashing success.  Together with its feeder schools, 112 thousand cans were raised for the Sudbury Food Bank – smashing the goal of collecting 60 thousand cans in less than a week.

The food drive began more than twenty-five years ago, and its founder, former student Jim Szilva still takes part in the drive with his children at the school.