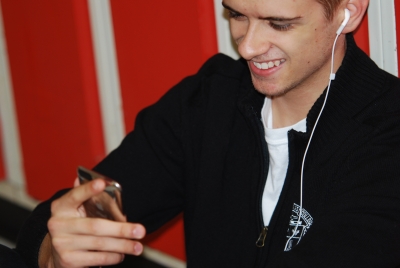 Two years ago, Brandon Langella found his niche. He started high school and when he wasn’t doing school work, he began making music on his home computer. Brandon discovered he had a knack for drumming up beats and writing the lyrics to go along with them. Next week (Nov. 7), the grade 11 student at St. Charles College is unveiling his latest song, “Video Star” in video format on YouTube. The audio file is already available on ITunes, along with two of his previous releases. He collaborated with Toronto artist Dreams Brown for the video and song. Brandon is known as DJ Gella in music circles.  He’s also recently joined forces with another Toronto artist named Rebecca Nazz – to form a group called The Futuristics. DJ Gella says his parents have been very supportive of his musical aspirations and for that he plans on giving back to his community.  “I want to open a local recording studio in collaboration with my parents to make it easier for people my age to produce music.” His musical prospects have also forced Langella to explore music as a career option after high school.  For now, he is focused on AAA hockey and looks forward to hearing himself on one of the local radio stations.