St. Charles College Hockey Hopeful- One to Watch For 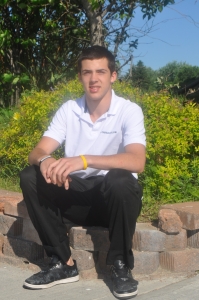 Lizotte has been selected as one of the top 42 bantam-aged hockey players in Canada by the National Hockey League Players’ Association hosted by former NHLer Gary Roberts.  The title means he has been invited to the second annual Allstate All-Canadian Mentorship Camp working with some of the best in the NHL.

Cameron says many of the players who participate in the program become first round draft picks in the Western and Ontario Hockey Leagues when they turn fifteen years of age.

Lizotte is one of two northern Ontario boys participating in the Mentorship Camp from July 17th to the 21st.  The other is Blake Speers of Sault Ste. Marie.  The week will conclude with an exhibition game that will be broadcast nationally on TSN Saturday, July 21st at 1 p.m.